“We are running out of princes” is a beautiful statement in the week of the royal wedding and heard in the Disney musical Aladdin at the Prince Edward Theatre in London’s West End. It will not be the only scene that makes me laugh out loud. The story, the cartoon and most of its score by Alan Menken are well known – I am curious how it translates on stage.

I love extravagant costumes and a brochure tells me that we will be treated to 350 different ones tonight, colourful like Bollywood garments and as if they want to make a point of this being a big budget stage production, not a panto. All evening we see demonstrations of what harem pants can make appear and disappear and I am thinking of getting one for the upcoming festival season.

My companion tonight used to be a belly dancer and during the interval she tells me that the cast have not reached their full potential of this art form – but then adds that traditionally all belly dancing is improvised, and she is enjoying it anyway.

As all good musicals Aladdin is at its best when the whole ensemble is on stage and builds up multilayered, polyphonic choral crescendos. At the same time the music is surprisingly jazzy. Included is also a short Alan Menken medley, sung by the Genie – the star of the show clearly as he gets the funniest lines, the best effects (out of the lamp and back in respectively) and most of the glitter: This role demands the centre stage! Is it me or does even Aladdin’s teeth shine brighter when he is with the Genie?

I am enchanted by the Sultan’s palace and its intricate silhouettes: They throw their shadows like fine paper cuts and are clearly an homage to German animation pioneer Lotte Reiniger who published her animation film The Adventures of Prince Achmed in 1926 – two years before Mickey Mouse was born and at a time when the stories of the Arabian Nights (also referred to as 1001 Nights) were well-established in the Western cultural curriculum.

After booking the tickets I researched the history of Aladdin a bit: The earliest written fragments of the Arabian Nights date back to 850ad – the story of Aladdin appears firstly in the translation from Arabic to French by Antoine Galland in 1708 but it is not clear where Aladdin appeared from. Some sources say Galland added Aladdin, thinking the story would fit well into Scheherezade’s canon of cliffhanger lullabies (which saved her from being executed) after having heard the fairy tale himself from a Syrian storyteller who apparently had set the narrative in a fictitious, Islam-orientated China. Other sources claim that the popularity of the story of Aladdin was due the namedropping of real geographic places like Africa or Baghdad in a time when travelling was never an option for all but the absolute elite.

I have written about the wonders of the turns a story can take when being passed on after a Q&A on storytelling here – so far, I have not read the Arabian Nights back to back but that could happen soon. I am sure Disney had their own take on it as well.

My favourite scenes are the book of magic written by the power-hungry vizier Jafar turning its own pages and secondly Aladdin’s and Jasmine’s flight on the carpet – an endless sea of light appears as from nowhere and deserves its scene applause. Gasping for air I secretly pray the theatre offers a backstage tour. Will it include a ride on the flying carpet?

I have very fond memories of seeing Aladdin in the cinema in the early ‘90s but left my enthusiasm for it in my primary school years. The stage musical accelerates the quality of the film and the cast euphoric all the way through – I heard the same from the audience in Hamburg where Aladdin celebrated its European premiere in late 2015.

The next morning I am singing, whistling and humming the tunes on the streets, in the shops, at home. Please go and see it. Bring kids along. Just do not go if you are allergic to sequins. Or happy endings. 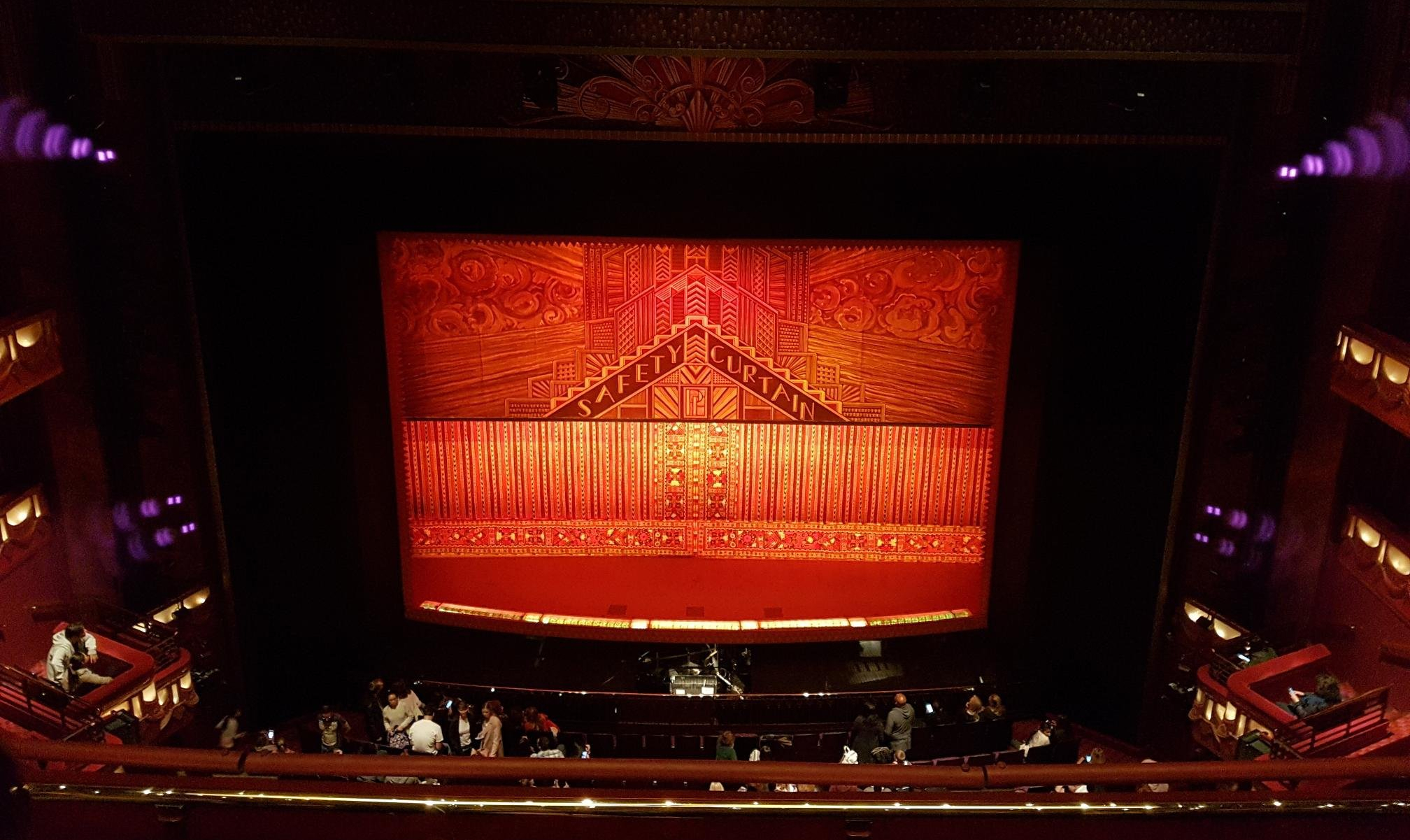 Performed in the Prince Edward Theatre until August 2019

Published by Sadie takes the Stage

I am a London-based stageblogger with roots in Hamburg: While discovering the world I share what inspires me on all kind of stages – contact me if you have an idea of what to review next via sadietakesthestage@hotmail.com View all posts by Sadie takes the Stage

This site uses Akismet to reduce spam. Learn how your comment data is processed.

I am a London-based stageblogger: While discovering the world I share what inspires me on all kind of stages – have an idea what to review next? Contact me via sadietakesthestage@hotmail.com

Last chance tonight to see #PickNMix @thepleasance - a debut in one act written by Kat Rose-Martin - full ⭐️⭐️⭐️⭐️ review on my stageblog:
Last chance tonight to catch #Hamlet by the @lazarustheatrecompany @swkplay - recommended especially to those well aware of what's happening in Shakespeare's maybe most quoted tragedy.
So glad I didn't miss Pick N Mix which is playing @thepleasance until Saturday - lovely cast delivering mouthy dialogues in candy-coloured palettes / palets!
This year has been busy so far very busy but I finally made it to the theatre this week (Hamlet @swkplay ) and also received a physical ticket, I decided to log all my theatre trips where i received actual tickets in my Theatre Memory Book - a present I finally found again during a clear out.
Very annoyed with @transportforlondon who claimed Good Service On All Lines only to tell me while already on the Piccadilly Line that Caledonian Road was still closed - by that time it was too late to look for a bus and so I am missing out on Pick N Mix, a play by Kat Rose-Martin I was looking forward to review tonight. Not happy but wishing the team a fantastic run nevertheless!
First trip yesterday to the Southwark Playhouse @swkplay to see Shakespeare's Hamlet, staged by the @lazarustheatrecompany - full house on a Tuesday!
Today a year ago I reviewed @phoenixartsclub - still mask-wearing indeed How To Live A #Jellicle Life by @awkwardprods starring the one and only @linuskarp who has been up to more mischief since - always a pleasure:
Yesterday I received this stunning picture from Hamburg where #Hamilton is being staged in German - the musical's first non-English production globally!
Stagy photo drop from last week's trip to beautiful #Bruges in wintery #Belgium - no theatre facades this times... do they have any? Which have I missed and should visit next time?